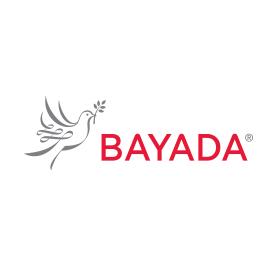 This course will enhance your knowledge and improve your clinical documentation skills.  Learn about common mistakes not to make and why what you do not document is important as well.

Criteria for Successful Completion of Activity

By the end of this educational activity the learner will be able to:

No relevant conflict of interest or financial relationships were disclosed for this educational activity by any of the authors or presenters.

Tia Jordan began her nursing career after graduating from Howard University located in Washington, DC in 1998. She found a love for nursing and caring for others very rewarding as she moved forward with her career in long term care, subacute nursing. Here she was able to teach patients/families about their various chronic diseases and ailments and how to better take care of themselves. As she developed as a nurse, she became a supervisor in 2008 which allowed her to connect to fellow staff in a teaching capacity at times to support their clinical efforts and capabilities. Tia offers her BAYADA field staff the opportunity to reflect on how they could have improved their clinical documentation on a weekly basis.  And giving them the tools like taking the time to proofread their own document before signing off will allow them to have an editing eye before submitting their documentation after their shift has ended.  She wants her nurses to be able to identify mistakes and correct themselves with providing them with proper tools to support their clinical capabilities and to capture all that they do. She believes with diligence, patience and education she will achieve her desire to make stronger, self-confident and clinically sound nurse possible.

Alexis Miller earned her BSN in 2007 and began her nursing career at Thomas Jefferson University Hospital in which both electronic charting and paper charting methodologies were utilized.  In 2014 after joining the BAYADA team, Alexis researched and implemented home care documentation regulations in her day to day practice.  As a Clinical Manager, Alexis reviews nursing notes daily and provides her field clinicians with suggestions for improvement based upon such regulations, both State mandated as well as BAYADA policy. She was afforded the opportunity to provide clinical input and guidance to the Adult Nursing Practice's EMR pilot in conjunction with the Canadian based company AlayaCare, serving as a representative of her BAYADA service office for approximately 2 years during the pilot's initial stages of production.

Cost:
$0.00
Please login or register to take this course.

If course is cancelled:

By BAYADA; if the education is cancelled for any reason the learner will receive a full refund for any applicable course fee. BAYADA will not be responsible for any associated fees or costs such as travel or lodging.

By learner; any applicable course fee will be refundable up until one (1) day prior to date registered for the education. After this date the course fee may be non-refundable. BAYADA will not be responsible for any associated fees or costs such as travel or lodging.

Contact education@bayada.com for any grievances and the complaint will be addressed within two (2) business days. Complaints will be disseminated to all appropriate parties for review and resolution of any conflicts or grievances.

Contact education@bayada.com for consideration of request. If special needs accommodations are not available, the participant will receive a full refund for any applicable course fee.